You are here: Home / The Suburb / The Exhibition that saved Bedford Park

With a more settled and prosperous community, the confidence, will, and means to make a significant improvement to the layout of Bedford Park eventually bore fruit in 1985, some 14 years after Ealing Council, under whose jurisdiction most of the area then fell, invited ideas on how to improve the Triangle at the junction of The Avenue and Woodstock Road. Part of the delay arose from the fact that Hounslow also had an interest in the area. The Triangle is currently wholly within the London Borough of Hounslow. 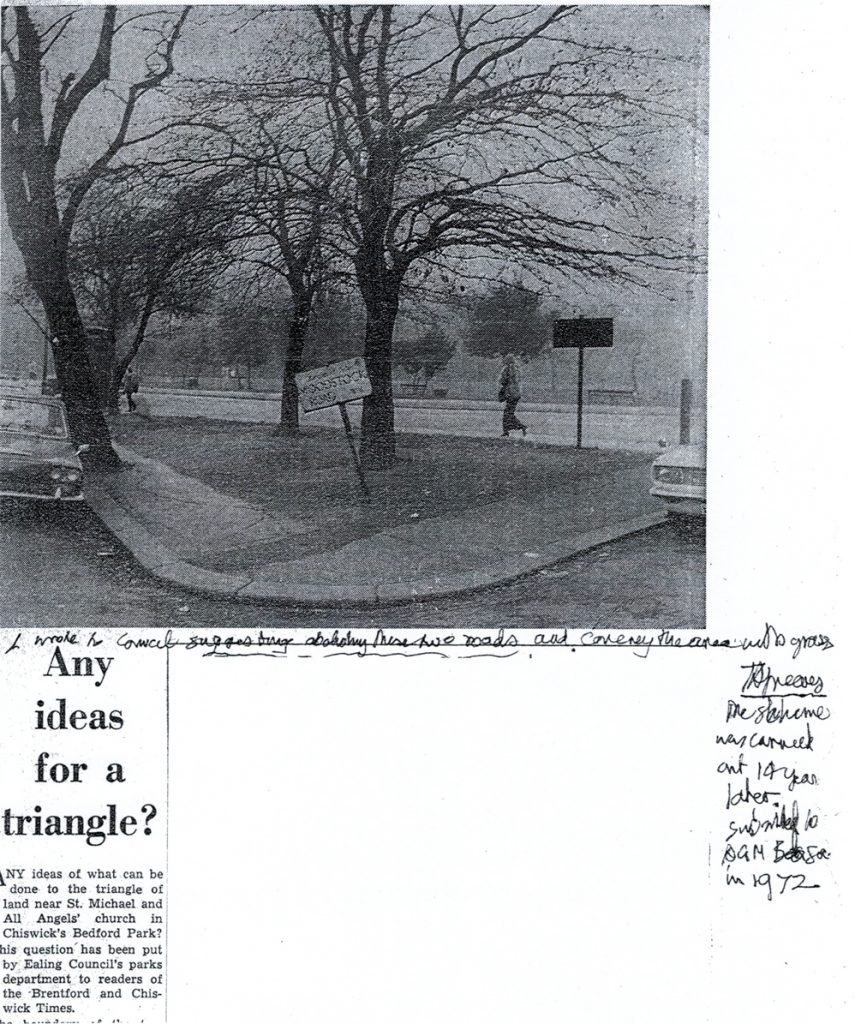 The original newspaper article (above) of 21 January 1971 outlines the Council’s invitation for ideas with Tom Greeves’s annotation: “Wrote to Council suggesting abolishing these two roads and covering the area with grass. The scheme was carried out 14 years later. Submitted to the AGM BedSoc in 1972.”

The detailed design went through several iterations before the final form was reached. The image is from the Bedford Park Society Greeves Archive.